Posted on September 23, 2015 by CreativeGrowers 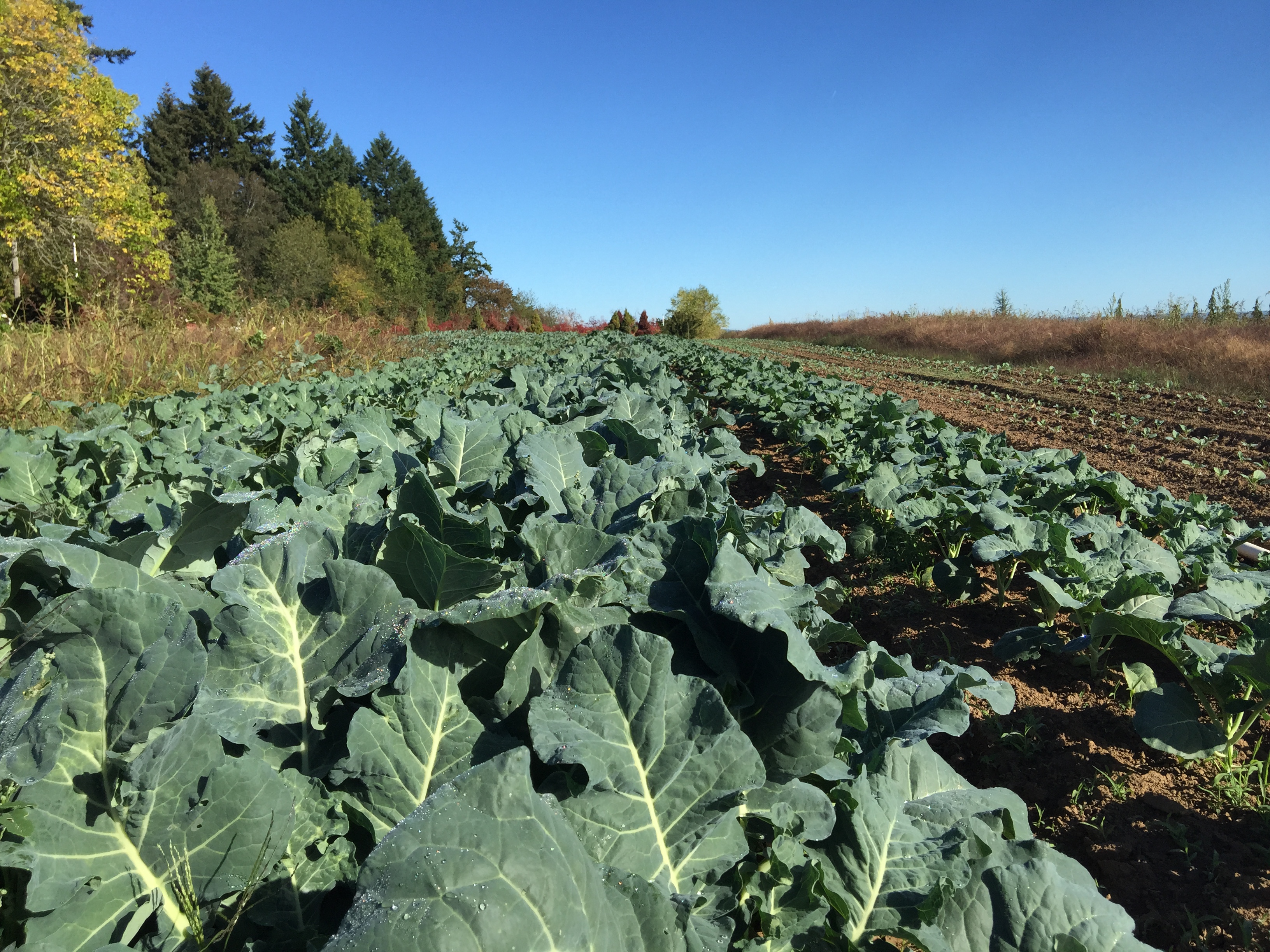 Fall is officially amongst us and the chilly mornings have all but put an end to my state of denial regarding the demise of summer. The end of the marathon sprint that this time of the year is for us proves to be a substantial one as we pour over the ridiculously long list of things we need to do before the inevitable onset of the rain. With one of our wells running completely dry last week and the other barely hanging on. Ironic that we sold a farm that was six feet under water more times than we care to remember only to by one that while having ample irrigation rights barely affords us the ability to “put the kettle on.”
The boxes, much like the season have come full circle with the reappearance of kale this week. Cavalo Nero Kale (aka Dinosaur Kale, black Kale or Italian kale) has been the “in” vegetable in recent years and rumor has it that cauliflower is the new kale!!??!!
The thin pepper in the box this week is “Jimmy Nardello.” This fine Italian pepper was grown each year by Giuseppe and Angella Nardiello, at their garden in the village of Ruoti, in Southern Italy. In 1887 they set sail with their one-year-old daughter Anna for a new life in the USA. When they reached these shores, they settled and gardened in Naugatuck, Connecticut, and grew this same pepper that was named for their fourth son Jimmy. This long, thin-skinned frying pepper dries easily and has such a rich flavor that this variety has been placed in “The Ark of Taste” by the Slow Food organization.
Some of you are lucky enough to have fresh shelling beans in your box today. Those that don’t will see them next week.
Fresh shell beans in their pods can be stored in the refrigerator for several days. Good air circulation is important to prevent mold. Once shelled, the beans should be covered or put in a plastic bag and refrigerated no longer than overnight. Cooked beans will keep for a day or so in the refrigerator, submerged in their cooking liquid.
Fresh shelling beans are one of the great treats of local eating. Shell them and cook them in soups or simply braised as a side dish—they have an extra creamy texture and wonderful clean but earthy flavor.
Unlike their dried counterparts, there is no need to soak them before using. Most fresh shelling beans require 20 to 30 minutes to cook, so add them to recipes accordingly.