Posted on October 23, 2013 by CreativeGrowers 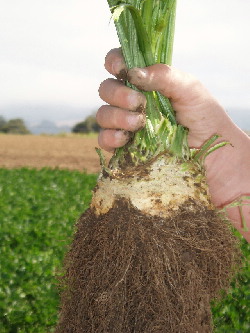 There’s a saying on the farm…..If there’s not enough money or it’s broken it must be Creative Growers. The nature of the beast on a small underfunded family farm. It seems only fitting that it should already apply to the new farm. After 13 years on the farm in Noti, I know all the little things that I have rigged to keep working over the years. I know how to keep rigging them to keep them working, it’s a big part of what I do, I call it logistical coordination. Not so at the new farm, I wasn’t the one that set up the irrigation or rigged the plumbing or the lever on the tractor. So when I unhooked a seemingly sketchy and unnecessary piece of semi-subterranean wiring, the last thing I expected was for the automatic watering system to go dead!!!!!! So begins the process here, rewiring the system in a less sketchy yet decidedly amateur way was, I am sure the first of many such projects that will come my way as we spend the winter readying this new farm for next season. It is a fun and challenging endeavor, making it work with what we have or what little we can afford, learning from all the lessons we learned in Noti and applying them here. Starting from relative scratch, yet armed with so much more understanding then we had before we built our first packing shed or walk in cooler.

In the box today you’ll find celeriac, the unsung frog prince of winter vegetables. Pare off its warty exterior and you’ll uncover the royal vegetable within: a perfect, ivory-fleshed, winter alternative to potatoes and other starches.

It is surprising that a vegetable that is so delicious, wonderfully hearty and eminently storable — and makes such a boldly verdant show in the garden — is practically unrecognized in the try-anything United States.

In Europe, however, celeriac is a historic favorite. The vegetable’s most classic employment is in the cold French salad celerie remoulade, in which the root is peeled, grated, “cooked” in lemon juice (or blanched briefly in acidulated water) to lose a bit of its rawness, then dressed with a mustardy mayonnaise.

Celeriac is cousin to anise, carrots, parsley and parsnips, some of which are bred for their edible stalks and tops, others for their edible roots. Celeriac is a celery variety refined over time to produce an increasingly large, solid, globular root just below the soil surface.

Also known as celery root, knob celery and turnip-rooted celery, celeriac developed from the same wild species as did stalk celery. It had medicinal and religious uses in many early civilizations, including those of Egypt, Greece and Italy.

Although celeriac can be visually intimidating, do not be dissuaded. When peeled, celery root’s creamy white flesh resembles that of a turnip and tastes like a subtle blend of celery and parsley. Additionally, half a cup contains only 30 calories, no fat and provides an excellent source of dietary fiber.

This time of year, celeriac can be a perfect non-starch substitute for potatoes in a warming meal, and can be prepared in a similar way. Mashed, shaped into batons and boiled, or even French fried, celery root can provide a winning accompaniment to a fresh green vegetable or salad and anything roasted or grilled.

I find a paring knife, rather than a peeler, works best for peeling the root. Shave downward with the blade in broad strokes to remove the thick skin. Drop the peeled bits into a bowl of acidulated water (water into which some lemon juice has been squeezed) immediately after cutting to prevent discoloration. Even if you are planning to fry or bake the celeriac later, parboiling it first for 5 or 10 minutes in acidulated water will soften its raw edge.

Thank you for supporting our farm and family this season!

How to store celery root: it stores GREAT: in a bag in the fridge, it will keep for days/weeks.

1 celery root, peeled and cut into julienne (or grated if you don’t have a mandolin, some of you may be able to julienne with a sharp knife)
1 egg
1 cup oil
1 Tablespoon capers, chopped
2 Tablespoons lemon juice
salt and pepper to taste
2-4 Tablespoons chopped parsley (or cilantro, or other fresh herb)

Boil a pot of water. Add the thin slices of celeriac for one minute, just to blanch them. Drain and set aside. In a blender mix the egg, lemon juice, salt & pepper. While that is mixing, slowly add in the oil. Spoon the sauce over the celery root, add the capers and the parsley, then toss. (Julia’s note: I’ve successfully skipped the blanching part)

Grate the potatoes and celeriac, mix together. In a heavy skillet heat half the oil over med. heat. Add half the potatoes-celery root mixture, making a layer about 1/2 inch thick. Season, then cover with the other half of the mixture. Press down on the cake and neaten the edges. Reduce heat to low and cook until the bottom is golden, about 10-15 minutes. Turn the cake out onto a plate, add the remaining oil, slide the cake back into the pan and cook the other side until golden.

Collards Storage: Store Collards and any fresh cooking green in a plastic bag in the crisper in the fridge. Use within 4 days

Heat 1 Tablespoon oil in large sauce pan or Dutch oven over medium heat. Saute onion until soft, 3-4 minutes. Add half of the greens, broth, sugar, salt, and cayenne. Cover and cook until greens are beginning to wilt, about 1 minute. Stir in remaining greens and cook, covered, stirring occasionally over med low heat until quite tender, about 30 minutes. Remove lid and cook over med high heat until liquid is almost evaporated, about 5-10 minutes. Off heat, stir in butter, vinegar, and serve.

Other Ideas for Collards:

2) Collard greens can be savored in the traditional long-stewed preparations of the South, or they can be sautéed in olive oil and garlic, Italian style. However you like your collards, be sure to wash them well, because they can harbor a lot of sandy grit. (Soaking in a basin or sinkful of water so the grit can fall to the bottom is recommended.) Cut off the stems and cut the tough ribs out of the center. Candy maintains that the best collards come after the first freeze, so if she buys them during the summer, she puts them in the freezer for a while before cooking them.

For Southern-style stewed collards, Diana likes Alton Brown’s recipe. jinet12 uses Paula Deen’s, with a smoked ham hock, and adds a bit of brown sugar and cider vinegar. Everyone agrees that the only proper accompaniments to collards cooked this way are a large square of cornbread and a generous pour of the “pot liquor” that the greens have cooked in.

Another approach is to parboil and sauté. Parboil the leaves, cut into strips, and squeeze dry, then sauté in toasted sesame oil for an Asian flavor, or in bacon fat for a terrific side for pork or duck. Or cut into even smaller pieces and skip the parboiling—simply sauté the collards in olive oil with the aromatics of your choice (many people like minced garlic and hot pepper flakes); add a little stock and cover for a few minutes if you want extra tenderness.

Remove the ribs (save for a earty soup stock.)
Chiffonade (or whatever shape you like)
Parboil
Drain well, and saute with toasted sesame oil. (They’ll splatter a lot; use a screen.) Saute with a *little* salt (they’ll reduce a lot) or, for a stronger flavor, add a little shoyu after sauteeing.
Garnish with toasted sesame seeds.

4) I de-rib mine and parboil, THEN squeeze dry and chiffonade. They don’t splatter much, and they take on flavors from whatever you’re sautéeing them in or with very nicely. I’m a big fan of good smoked dry-cured bacon, chopped up and fried crisp in oil, then you drain off most of the fat and finish the greens in that. Fabulous alongside pork or duck, maybe some garlic-cheese grits…

5) I’ve been sauteeing collards the same way I would spinach or broccoli rabe…cut into small pieces, sautee in olive oil with garlic, salt and crushed red pepper. If you leave it long enough, some of the pieces will caramelize. Simple, quick and delicious.

6) Very good recipe in the Lee Bros cookbook for “sneaky” collards – “sneaky” in that they taste sort of hamhocky but are vegetarian. Here’s the short version: Wash them well, as others have said. I don’t worry at all about de-ribbing them – as long as you cook them for an hour or so, the ribs are fine. Simmer them in salty spicy water. That’s the basics. Now the “sneaky” part is to add a couple of cups of puree of the following things that have all been charred under the broiler in a skillet: onions, tomatoes, garlic, with a good bit of paprika. Before adding that puree, take out a bunch of the water (“pot licker”), saving it for some other purpose. And keep cooking til soft.