Posted on September 4, 2013 by CreativeGrowers 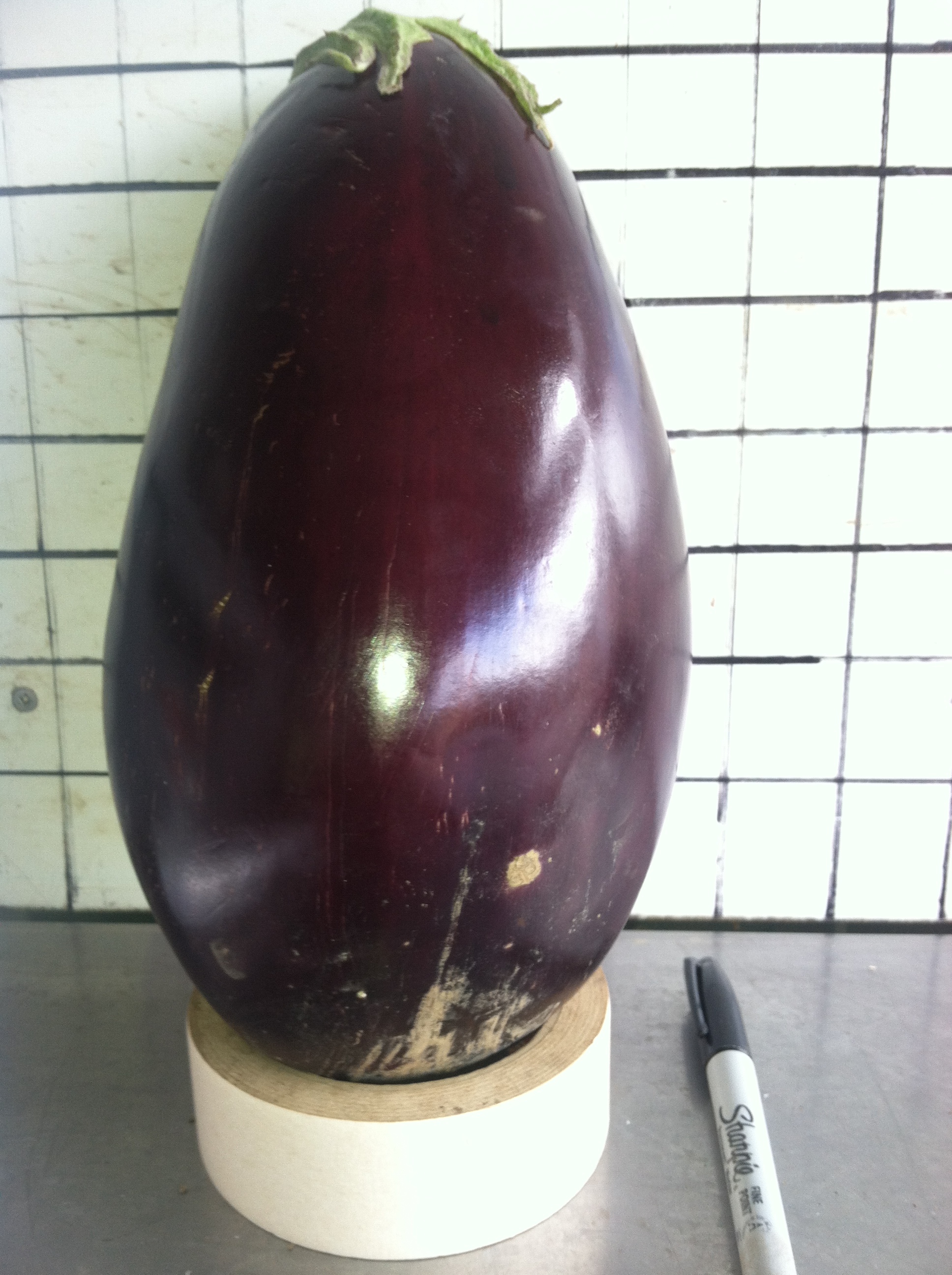 Objects might just be as large as they appear!

Apparently I blinked and August zipped by. I like to think of myself as a very present in the moment kind of guy, the Ram Dassian ‘be here now’ philosophy necessary for successful farm management. That said, what happened to August? Lost in a haze of sleep deprivation and road induced mental fog. Doing the math of how many days the hours of commuting between the farms adds up to is counter productive (kind of like figuring my actual hourly wage!) and only serves to illustrate the new friendships I have developed with the various drive through espresso shacks between Forest Grove and Noti; the route measured in double shots not miles. That said, even in my ethereal existence over the last month things on the farm (which farm, where am I) are going well with the summer crops producing well and the fall crops coming along nicely. More kale and cabbage along with radicchio and frisee all being planted today. The corn harvests keep coming and you should see corn in at least one more box. The rain, while much needed, did cause some problems in the heirloom tomatoes with some cracking and splitting. What little time I get to spend at the new farm is spent trying to find my feet in the ornamental tree industry and developing a marketing plan for all of these trees while trying to figure out how to integrate the vegetable production into the system. It’s an exiting time and it has served as a mid-season invigoration, the newness inspiring creative mental machinations usually reserved for the winter months when the farm is a blank canvas ready for the next seasons plan. Looking ahead while at the peak of the growing season forming the foundation of my new life philosophy…..be here and there and there now and then. Works for me.

1 large eggplant, peeled and cut into

Preheat the oven to 350 degrees. Oil a 2-quart casserole. Beat the egg and milk in a bowl and spread the flour on a plate. Heat 1 TBS of the oil in large skillet. Dip each slice of eggplant into the egg mixture, and then flour on both sides. Place the slices in the skillet in a single layer and fry until golden on both sides. Continue frying the eggplant in batches, adding oil as necessary, until done. Layer the fried eggplant, the onion, the tomato, and the cheese until they are all used up; the final layer should be the eggplant. Sprinkle any remaining flour (or use another 2 TBS of flour) over the top. Dot with the butter. Place in the oven, uncovered, for about 45 minutes, until bubbling and the eggplant is tender. Note: instead of frying the eggplant slices, you can drizzle them with oil and bake them on a cookie sheet for about 30 minutes in a 350 degree oven.

from Too Many Tomatoes, Squash, and Other Good Things by L. Landau and L. Myers

Sauté the onion and garlic in the olive oil until golden. Stir in the tomatoes, ham if using, and chard and heat until bubbly. Add butter, Salt and Pepper and nutmeg to taste. (This dish can be kept ‘lighter’ by skipping the ham and the butter!) Serve, sprinkling with the parmesan cheese.

Adapted from Mediterranean Vegetables by Clifford Wright and Submitted by Eve N.!

This is an excellent idea for using Swiss chard stalks.

1/2 cup tahini, stirred if oil and seed paste have separated

Place chard stalks in a pot of boiling water to cover and steam/boil til soft, about 10-20 minutes. Drain well and chop. In a mortar, mash the salt and garlic together until they form a paste. Place the chard stems in a food processor and run continuously until the consistency is smooth. Add the tahini paste and mashed garlic and run the food processor until they have been incorporated. Pour the lemon juice into the feed tube as the processor is running and process the mixture until the juice has been absorb ed. Remove the dip from the food processor and correct the seasoning if necessary. Transfer to a serving bowl or platter; spreading it out with the back of a spoon and making fan-shaped furrows with the flat of a knife. Drizzle with a little olive oil and garnish with the fried pine nuts and mint. Serve with pita bread. Serves 6