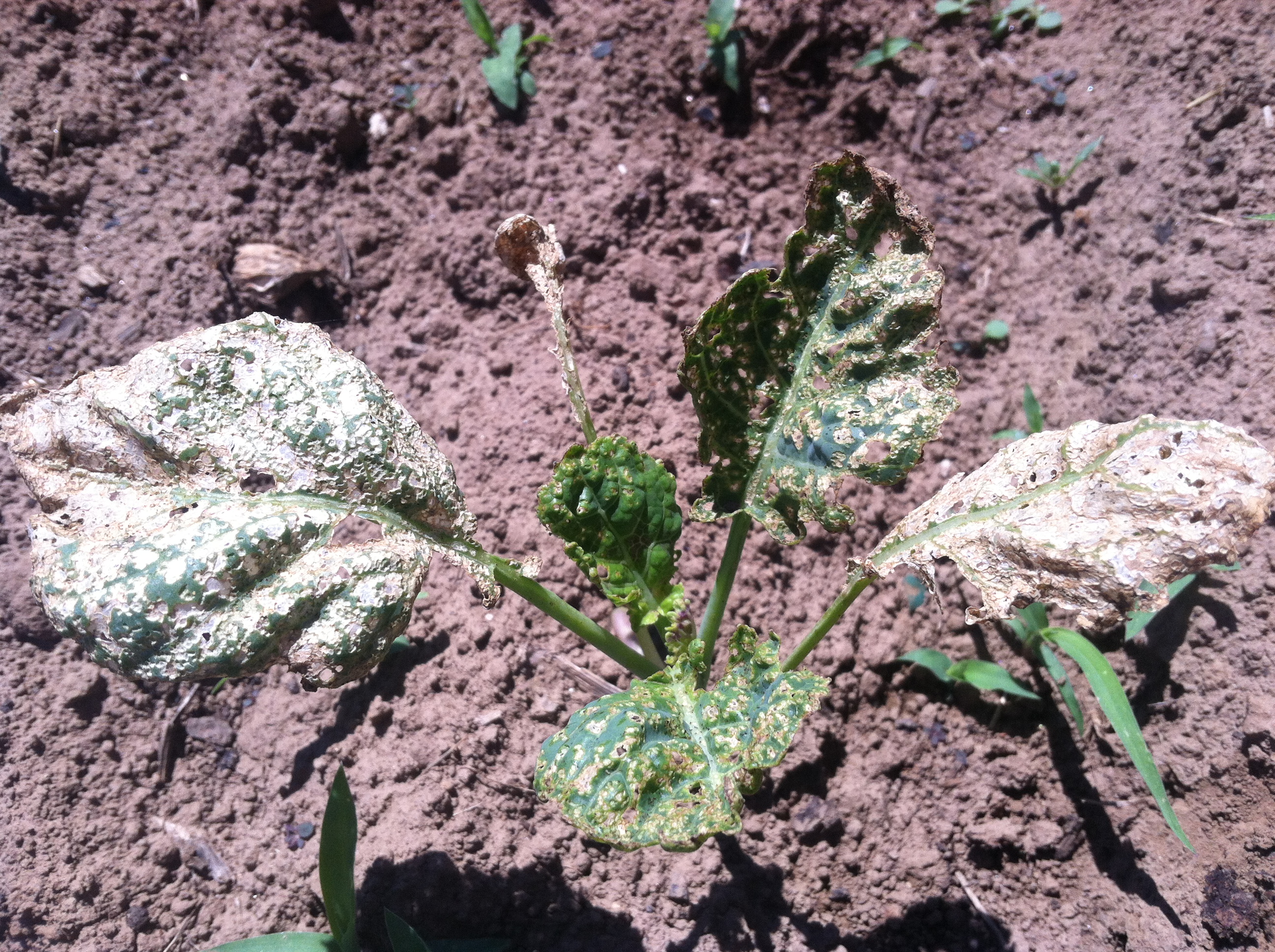 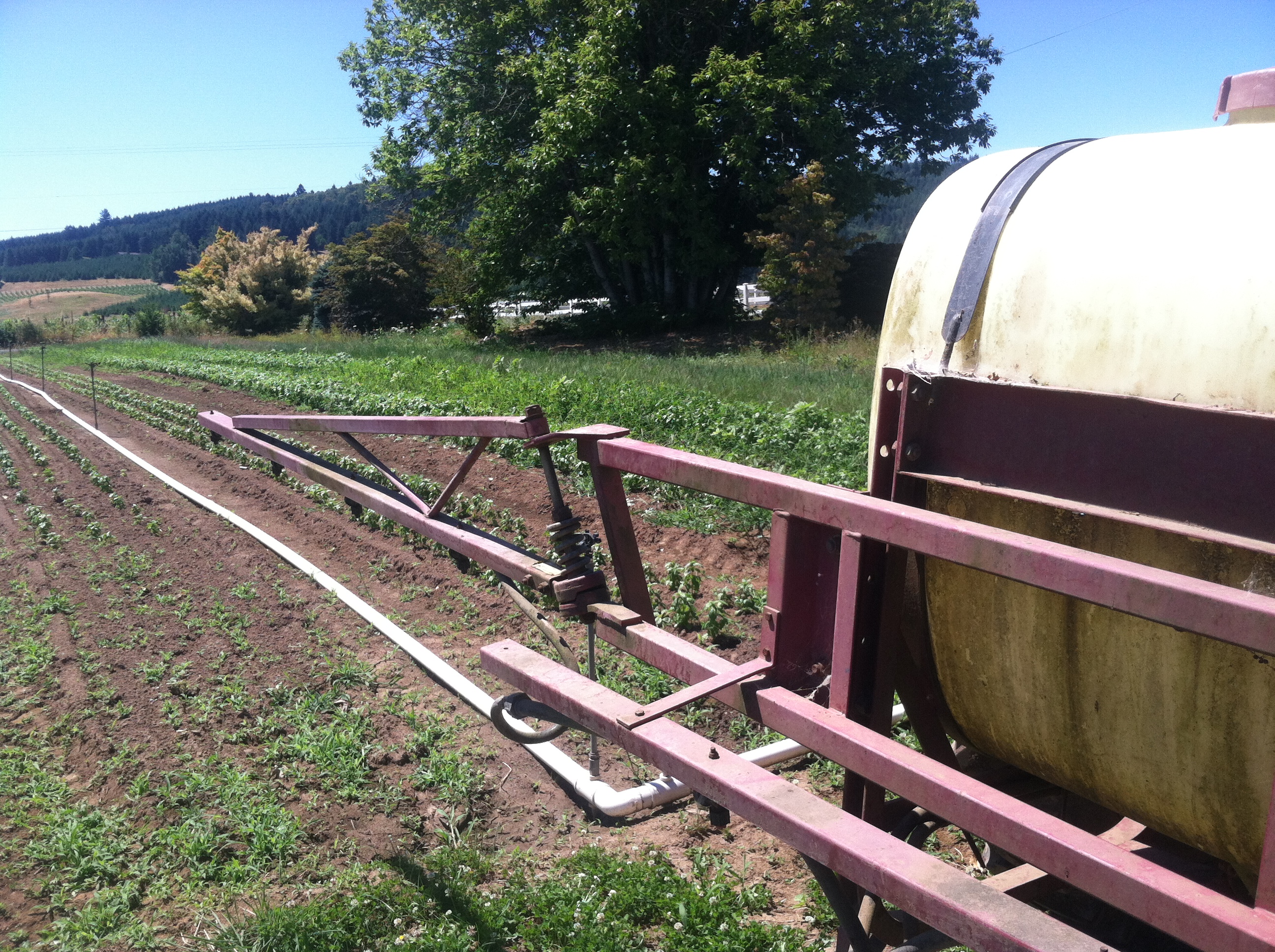 The average challenges for any grower are enough add crazy hot weather and the most freakishly large hatching of flea beetles I of any of my peers or mentors have ever seen and, well……it’s time to break out the big guns! We’ve dug deeper into the arsenal of products allowed by the USDA organic program this year in an attempt to save at least something from all of the brassica family plantings we have made this year. Thus far to no avail. The flea beetle is a mighty adversary and one we’ve never had to combat quite in this fashion. Their natural cycle usually doesn’t make them much more than a temporary nuisance at worst. This year we are bordering on plague population densities. No natural enemies and the ability to hop away rapidly enough to avoid even the most technologically advanced sprayers. (Not that our sprayer is anything close to that. (If it was I’m not convinced it would make a difference.) It is heartbreaking to see hours of work devoured in such a short window of time.It only took 2 days for the damage pictured above and there were 1,200 plants in that planting. The aesthetically challenged basil in your box this week is due to another pest but we can talk about the spotted cucumber beetle another time. While the USDA organic program allows a whole slew of products for use, non of them have the ability to target a particular pest. The product doesn’t know the difference between a cucumber beetle and a ladybug, a flea beetle or a praying mantis. Our reluctance to use this stuff over the years has never had quite the effect we’re seeing this season. We only hope that this last resort applied at the lowest activity point in the day for beneficials will prove itself successful.
On a happier note many of the summer crops should start making an appearance in your boxes over the next few weeks. Heirloom tomatoes, melons,corn, peppers and eggplants are all coming along nicely. The next flush of basil is relatively pest free and the cherry tomatoes in the field are catching up with those in the high tunnel.
The usual agricultural balancing act between doom and disaster and rainbows and unicorns is in full effect.