Posted on September 2, 2015 by CreativeGrowers 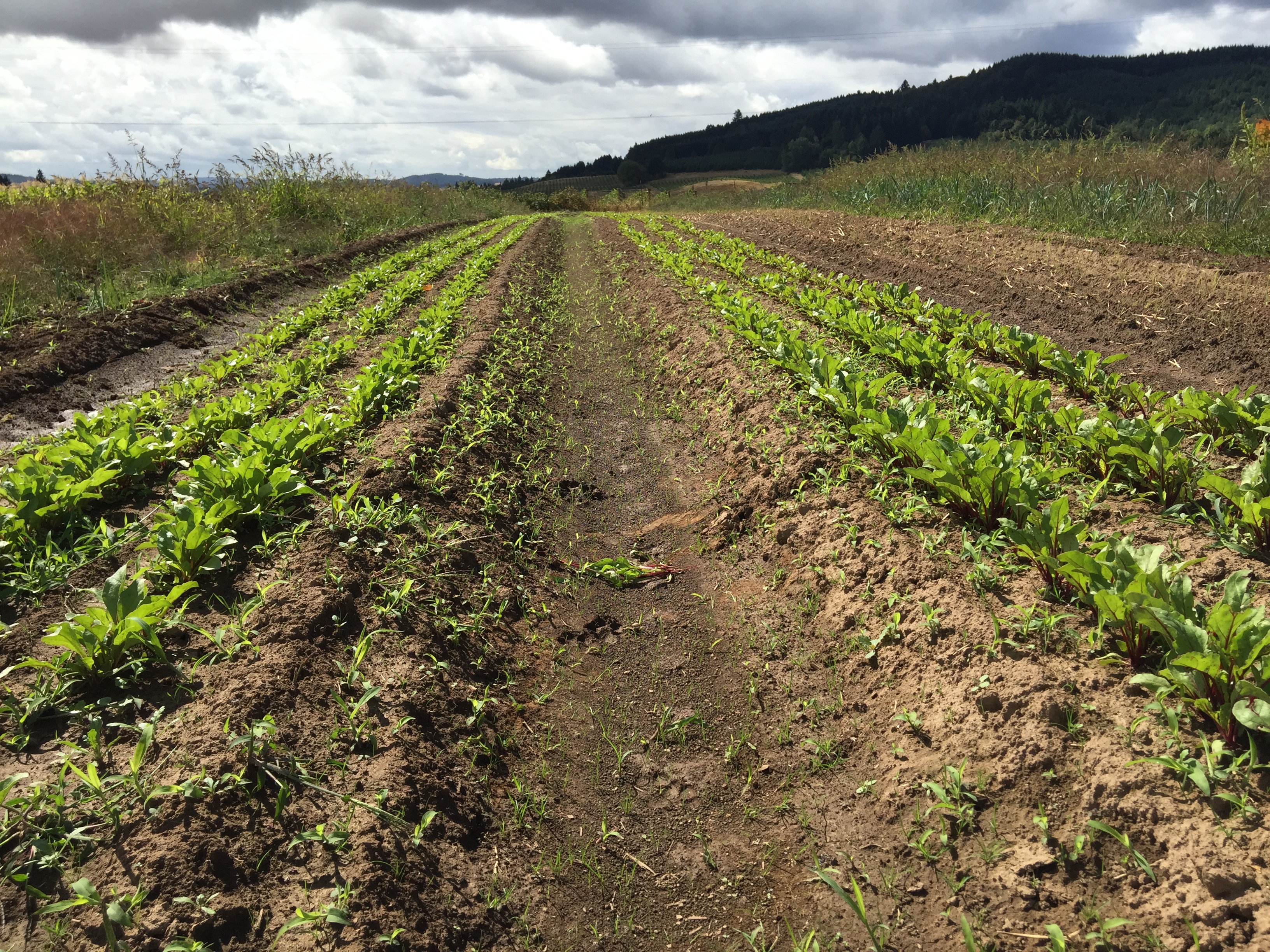 A crazy wind storm that had us fearing for the greenhouses and a substantial amount of rain seems have been the shift into fall this year. Nothing subtle about how that went down.
Summer rain always has us worried about the heirloom tomatoes. The sudden extra moisture in the ground and sometimes even high humidity can cause the riper fruit to split. One of the many reasons these varieties aren’t produced by big agribiz. These varieties have been selected through generations for their flavor and not much else and I believe there isn’t even a comparison in the world of green harvested, gas ripened, out of season grocery store tomatoes. Their season is always too short lived for me and we make the most of it’s briefness eating as many as we can.
Lettuce and salad mix are back, a reflection of the cooler temps the greens like. Look for more cooler weather crops to start joining the tomatoes and peppers over the next few weeks. Soon enough we’ll be turning the greenhouses back to fall and winter crops as well as the early tomatoes in those houses are done. Hopefully the corn some of you got this week is better than the meager little nuggets of last week. Sometimes we think putting something in the box even though its challenged in some way is a good idea but it doesn’t always pan out. With 200 shares packed and going out each week and a bleary eyed overworked crew at the helm, the details and importance of what we are trying to do can get lost in the chaos and I’m often spread too thin to micro manage the way I like to.
Those of you getting carrots, We thought an Imperator carrot with flavor was an oxymoron until we met Sugarsnax and It’s all we’ve grown since. Sweet and crisp and high in beta carotene.

Slice the cucumbers and onions. Layer in a large glass bowl or jar with the dill, sliced garlic, a few peppercorns, and a couple of bay leaves. Mix the vinegar(s) & salt (about 1/2 teaspoon per cup of vinegar) and then pour over cucumbers. They can be eaten within the hour or in several days. Keep in refrigerator. (Disclaimer: I make this recipe a little different each time: experiment with a salt/vinegar ratio and spices and flavorings that work for you.)

Fennel, SOME IDEAS from The Victory Garden Cookbook