Posted on August 19, 2015 by CreativeGrowers 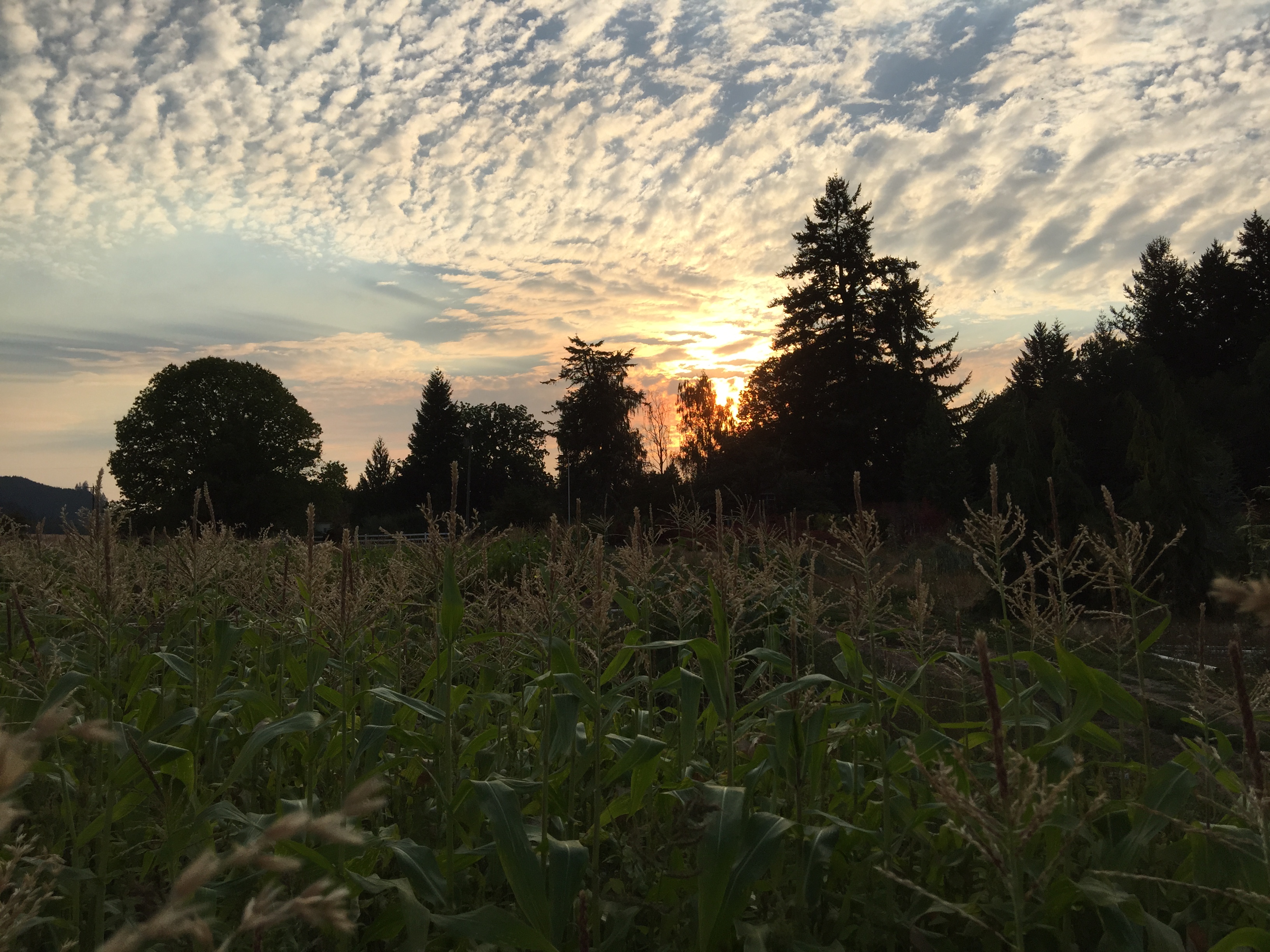 A box indicative of the weather we’ve seen lately, With the first of the corn and heirloom tomatoes making an appearance.  Expect to see much more in the coming weeks as the tomato field production is really starting to take off. Some spotty pollination in the corn and a weaker end of the block makes it not the best corn we’ve ever grown but sweet and delicious none the less. No lettuce again as we lost several rotations to bolting (prematurely going to seed) due to the heat. Hoping to be back on track with greens next week. Busy here prepping new ground for all of our upcoming fall seedings and transplan

True new potatoes are a rare treat. A new potato is not a small potato but a fresh potato harvested from a green, growing potato plant. A somewhat scuffed, frayed appearance to the potato skin is a frequent consequence of harvesting such tender spuds and is unavoidable because the skin has not yet hardened. If left to mature new potatoes would get a little bigger and the skins would get tougher making for typical potatoes that are easier to harvest and ship. Unfortunately for the potato connoisseur the potato, once cured, always loses some of its tender moisture. New potatoes wilt and must be treated like green vegetables and stored in a bag in the fridge. When I get them as a first treat of the potato crop I never store them at all but eat them promptly. I like to steam them briefly and then roll the hot little potatoes in a little butter, a pinch of salt, and twist of pepper and voila! Do potatoes get any better?