Posted on August 26, 2015 by CreativeGrowers 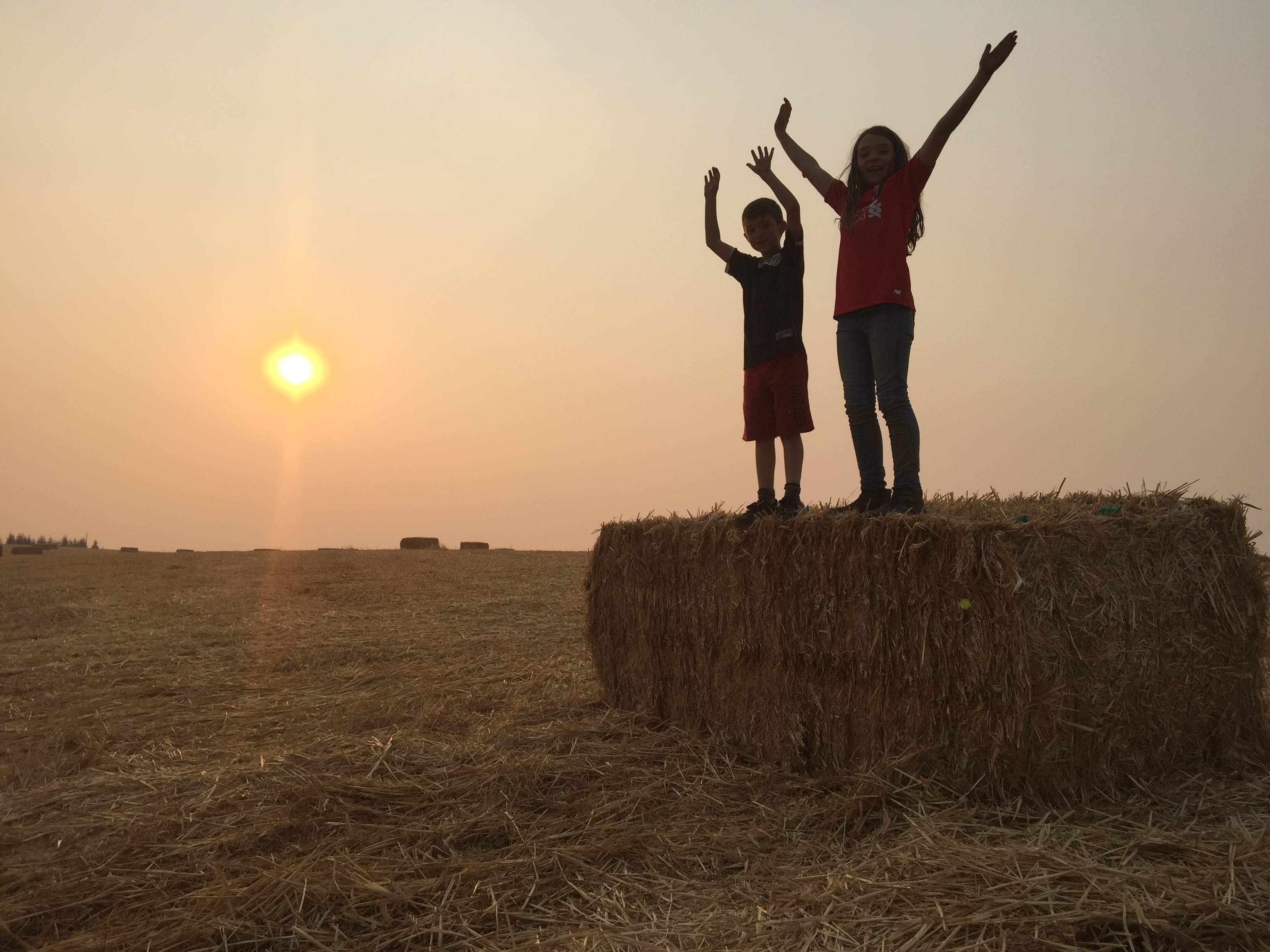 The halfway point of the CSA season and a lot of good eating ahead of us. Yay. With rain forecast for the weekend we begin to look even harder at fall and winter prep and planning. Big plantings happening tomorrow of cooler weather fall crops….kale, cabbages, cauliflower, etc and direct seedings coming up for turnips, winter radishes and the like.
Green peppers in the box this week as we’re thinning the fruit on the plants to hopefully speed up ripening on the remaining fruit. ‘Lil’ corn is the second picking of the lower ears from the first planting ‘Lil’ they are but still sweet and delicious. The first pick on the next planting looks like it will be ready for next week. Probably the last of the blueberries as they finally seem to have petered out for the season. Quite a run though…The first real flush of the heirloom tomatoes in your boxes along with hopes that the rain doesn’t cause too much splitting and cracking of the fruit for next week.
The farm can set my OCD off pretty well this time of year as the last of the clean up from late spring and early summer crops still lingers and the general mess generated from the last few weeks of go go go mode.
Lori thinks I need someone to follow me around the farm tidying up after my various repair projects and tasks (sounds good to me.) Maybe I’d lose less hammers that way.