Posted on August 5, 2015 by CreativeGrowers 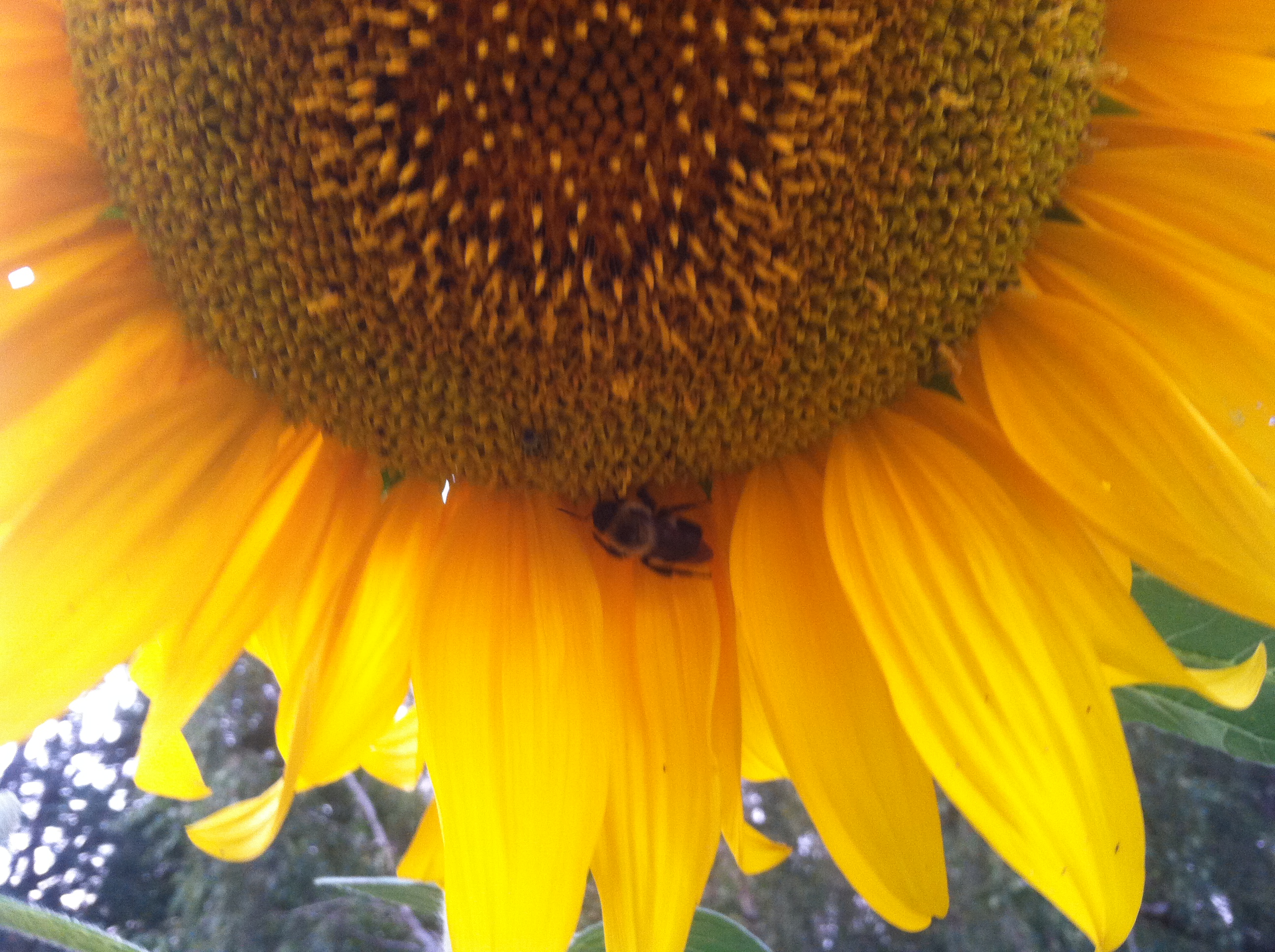 Sometimes I feel like the worker bee drone. Maintaining and supplying the hive a single fixated goal day in and day out. No thought of anything but the task at hand…rinse and repeat. Focused on the seasonal ledger of successes and failures and striving to keep it in the black. Trying to assess the season midway is a dangerous game, too many intangibles played and to be played out yet to give an accurate score. So we try to be like that little bee, trying not to be overwhelmed by the singularly massive task of getting all that pollen while knowing that we’ll get to the middle of the flower sooner or later. (I am a little jealous of this little guy, looks like he’s taking a nap!?!)

The baby fennel in your box today is an zefa fino Italian type known for its subtle anise flavor. Baby fennel is prized among our chef customers due to the more subtle flavor and tenderness than large bulbed fennel.

Fennel is a popular as a vegetable in Italy, it can be thinly sliced and eaten plain or as part of a vegetable platter. It is often served with just salt and olive oil as a simple appetizer or salad course. It can be chopped up into salad as celery, and indeed used almost anywhere celery is used. I once saw it added to chili -it was delicious. It was a popular herb in the ancient world of the Greeks and Romans. A recipe from Columella, a Spaniard who served in the Roman army in Syria in AD 60: “Mix fennel with toasted sesame, anise, and cumin then mix that with pureed dried fig and wrap in fig leaves and then store in jars to preserve.” (From Spencers The Vegetable Book)

Fennel is high is vitamins A and E, calcium and potassium. Fennel and ginger make a good digestive tea. (Steep the fresh leaves with a bit of sliced ginger for 5 minutes in boiling water.)

SOME IDEAS from The Victory Garden Cookbook