Posted on September 11, 2013 by CreativeGrowers 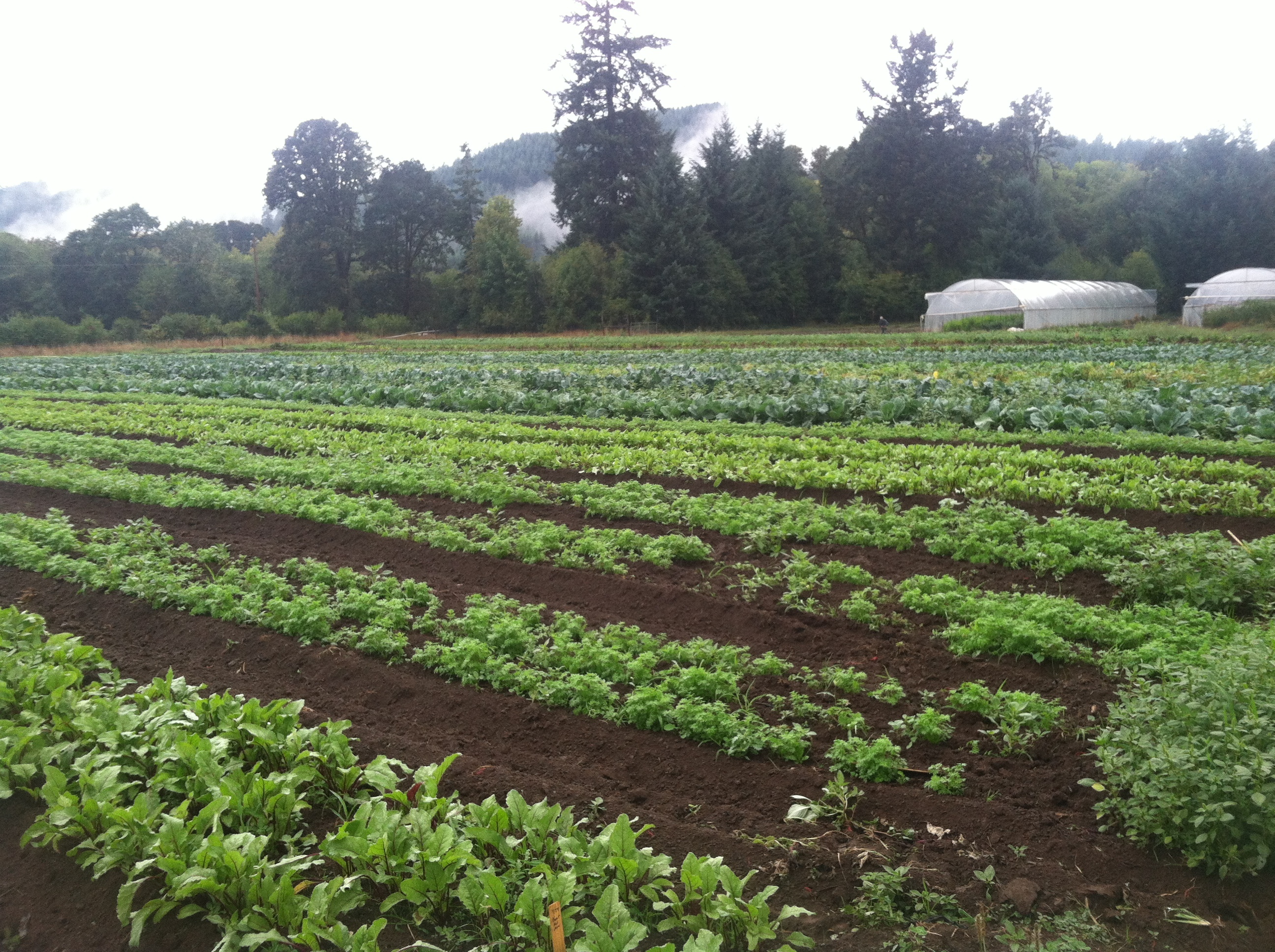 2-4 Cucumbers (depending on size)

Even with the temperatures soaring into the 90’s this week we are starting to see signs that fall is right around the corner. Cooler nights and mornings and a hint of color change in the landscape. Feeling good about where the farm is heading into the season of hearty stews and big red wines while keeping the focus on the crops of summer. The tomatoes showing signs of the untimely rains and high humidity with some cracking of the fruit.

Temperamental heirloom varieties! If you see any splits or cracks, simply rinse and eat sooner than later. Probably the last of the corn this week. Sad but true. I think this has been our best corn year ever and some valuable lessons learned for next season on planting times and cultivation. The sweet peppers are finally starting to ripen after a slow start and you should start seeing some varieties in the boxes in the coming weeks.

Further apologies to those of you that pick up at Multnomah for last weeks late delivery, we have adjusted the route and hopefully we won’t have any more problems.

FENNEL, SOME IDEAS from The Victory Garden Cookbook

This is a great casserole, not heavy at all, and deliciously perfumed with fennel and tarragon. If you find that it is not rich enough for you, try adding some feta cheese to it, either inside as a layer, or on top. Goat cheese would also be nice in it. This is also great with other fresh herbs that might be available: lemon thyme, parsley, marjoram, oregano are all nice, too. Experiment with different varieties of olives, or add capers, too. Lots of room for experimentation here. This is also a great party dish as it tastes great at room temperature and can sit out for a long time.

Toss the fennel with a little olive oil and salt, then roast in a 400 degree oven until lightly colored, sweet, and softened, about 15-20 minutes.

Blanch the potatoes in salted, boiling water for no more than 2-3 minutes. You want them mostly cooked, certainly not mushy. For new potatoes, this time might be shortened somewhat.

Heat a large skillet and sauté the onions in some olive oil over high heat until lightly browned and softened, about 8 minutes. Add the fennel seeds, some salt, and half the thyme and heat through another minute or so. Remove from the heat.

In a nice baking dish that is not too large, layer the gratin:

Drizzle a little olive oil on the bottom, then add half the onions and half the garlic.
Next, add the olives, half the remaining thyme leaves and half the tarragon.

Now layer the potatoes, chopped tomatoes, and roasted fennel (in two or three layers, depending on how much you have), adding the remaining garlic as you go, here and there. Season the layers of potatoes with salt and pepper as you go, too.

Top with the remaining onions, a little more olive oil, and bake in the oven (still at 400), loosely covered about 20 minutes.

Uncover and finish the potatoes, perhaps another 15 minutes or so. When it is done, sprinkle any remaining thyme and tarragon leaves over the top. Serve warm or room temperature.

Cut off the stalks and feathery leaves of the fennel. Chop and reserve some of the leaves for garnish. Cut fennel bulbs vertically into 8 sections. In a skillet, heat olive oil, ad garlic and fennel, and sauté for 3 to 4 minutes. Uncover, add salt, pepper and the fresh herb and cook over low heat until most of the liquid is reduced. Serve sprinkled with the garnish of feta cheese and reserved fennel tops. Adapted from More Recipes from a Kitchen Garden by Shepherd and Raboff